Here is what Google Trends tells us about a few trending search topics for five Swiss cities (Geneva, Lausanne, Bern, Basel and Zurich) globally in the past five years (2017-2021) when it comes to topics such as art & entertainment, shopping, food & drinks, running & walking, cycling, and business & industrial.

The Most Searches for Art & Entertainment Scores Basel

According to Google Trends, Basel got the most searches for art and entertainment topics among other Swiss cities in the past five years. Followed by Bern, Geneva, Zurich, and finally Lausanne.

No wonder as Basel is the most important exhibition centre in Switzerland and among the most important ones in Europe. The city plans and organises over 25 attractive trade and consumer fairs on public lands, and is home to the Kunstmuseum, Switzerland’s largest museum and some of the greatest Swiss galleries, museums, opera houses and theatres. The city is deemed a true citadel of culture and one of the hottest destinations in Europe for art lovers.

The most popular search trends in Basel for arts and entertainment are:

The Swiss City of Shopping is Geneva

According to Google Trends, Geneva has got the most searches when it comes to shopping related topics, followed by Bern, Basel, Zurich and finally Lausanne in the past five years.

Geneva is a major shopping destination in Europe, despite its small size, after London and Paris. It offers a staggering collection of designer retail stores and world-famous brands.

The most popular search trends for shopping in Geneva:

The Most Gourmand Swiss City is Zurich

According to Google Trends, Zurich has the most searches for food and drinks, followed by Lausanne, Bern, Basel, and finally Geneva in the past five years.

Zurich is emerging among Europe’s hottest food destinations with its numerous upscale and traditional restaurants and the rise of talented young chefs looking to make their mark. In addition, new restaurants and cafes offer quality and mouthwatering menus.

Notably, the Zurich food scene has been growing with the city’s efforts in transforming the industrial west side, which is now one of the city’s distinctive food destinations.

The most popular searches for restaurants in Zurich are:

According to Google Trends, Bern and Lausanne are the search walking and running leaders among the other Swiss cities, followed by Zurich, Basel and Geneva in the past five years. The cities offer long walking scenic paths, popular marathons and sports activities.

Every year, tens of thousands of runners, world and European champions register for the Bern Grand Prix, one of the largest running events in Switzerland. At the same time, the most ambitious prepare for ‘The most beautiful 10 miles run in the world’ that covers Bern’s most scenic attractions. Lake Thun and Interlaken area are two of Switzerland’s hot destinations for sports enthusiasts, which are both part of the Bern canton.

On the other hand, Lausanne is the world HQ of the Olympics, home to around 50 international sports organisations. Additionally, it hosts various sports congresses and events continuosly.

The most popular search trends for walking and running topics are:

For Cycling Topics the Swiss city is Bern

The Swiss capital Bern, is no less than a dream come true for cycling enthusiasts. Outdoor enthusiasts have tons of options with roughly 1,557 cycling routes, which make Bern a heaven on earth for all cyclists.

The most popular search trends in Bern for cycling topics are:

The Business and Industrial Hub is Geneva

Geneva is not merely a global city. It’s the second financial center in Switzerland, following Zurich and a global center for diplomacy due to the existence of several international organisations, such as the headquarters of numerous UN and Red Cross agencies.

The city also hosts the greatest number of international establishments globally, making it the business and industrial hub of Switzerland.

The related most popular business and industrial search topics in Geneva are:

Zurich Is The Hub When It Comes To Finance Related Topics

According to Google Trends, Zurich has the most searches when it comes to finance-related topics, followed by Bern, Geneva, Basel and finally Lausanne in the past five years.

After London, Zurich is the most important financial center in Europe and a top address for specialist financial congresses. A globally networked, highly competent, and extremely innovative city, despite having a relatively small population.

Overall, 45 percent of the economic value created by the Swiss financial sector is generated in Zurich. In addition, the banks and insurance companies are key pillars of the local labour market.

The most popular search trends for finance-related services in Zurich:

Want to give it a try?

Check out this simple tool by Marc Soares that let you explore Google Trends data in Data studio (in beta version). You only need to add a single or up to give search terms separated by commas to see results.

Following: A brief about Google Trends

The trends data is an anonymised sample of user searches, no user personally is identified. Anyone with a Google account can use it to see search interest in a topic or search term over time, where it’s most searched, or what else people search for in connection with it.

The data is categorised according to the topic of the search query and aggregated (grouped together). It allows us to measure users’ interest in topics worldwide, right down to city-level geography.

Why are Google Trends important for businesses?

Google Data trends enable users to view what queries have been popular in searches and their related topics. In addition, it reveals keywords seasonality; how frequently a particular search has been made over a period of time. That allows stores or ecommerce businesses, for example, to promote products around seasonal trends.

The data is visualised on Google in the form of trend graphs, allowing users to analyse results for marketing or research purposes efficiently. For more information about Google methodology and trend data, please read Google’s FAQs.

If you have questions or need help with content marketing and growing your business online, reach to us here.

To learn more about the latest development in search, sign up for our newsletter here 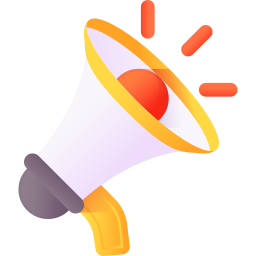 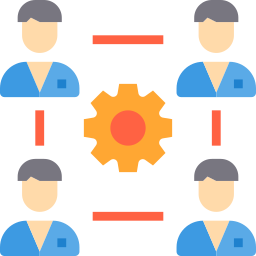 Join our monthly SEO meetups online and learn about search, developments in SEO and best practices!

1. Assess the health of your website with
SEO (technical) audit
and fix issues that are blocking your website’s accessibility, searchability and ranking

Why care for page speed?

According to Google, sites that load within 5 seconds get 25% higher ad viewability, 70% longer average sessions, and 35% lower bounce rates. Slow webpages can demote the ranking of a website. It can cause a penalty as of 2021 as Google will include page speed as a ranking factor in its upcoming core algorithm updateCheck your page speed with Google’s PageSpeed Insights

More on SEO and the development in search

Corporate storytelling & SEO workshop
Stories have the power to move us and change our...
Top Search Trends for Swiss Cities
Here is what Google Trends tells us about a few trending...
Effective SEO Process — BrightonSEO Conference
SEO Process Challenges & Wins Here I share the topics...
SEO for SaaS Companies In 2022 (and Beyond!)
SEO for SaaS (Software as a Service) companies cannot be...
Which Swiss Canton Celebrates Valentine’s Day Most?
Share on facebookShareShare on twitterTweetShare on pinterestPinterestShare on linkedinShare  ...
6 Expert SEO Strategy Tips To Follow
Our 6 expert SEO strategy tips are the most important...
What is the optimal word count for Google and page SEO rankings?
Many people wonder What is the optimal word count for...
Local SEO services and its advantages for specific businesses
What is meant by local SEO? Local SEO (Search...
Website SEO Check – The Starting Point To Improve Your SEO
A website SEO check is the analysis of your website...
What is seo and how does it work?
We are pretty sure that you used a search engine...
Is SEO important to grow an ecommerce business?
Many eCommerce businesses do not know the growth potential of...
On-Site SEO Optimization
Google applies specific algorithms to assess the ranking of pages...
SEO Strategy Service: What to Expect?
SEO strategy is an essential exercise for any business. Discover...
An Effective SEO Strategy for business growth
SEO optimization is more than simply applying some SEO tactics...
SEO for Startups: 5 reasons why it is important
SEO is an essential asset to invest in to have...
We use cookies on our website to give you the most relevant experience by remembering your preferences and repeat visits. By clicking “Accept”, you consent to the use of ALL the cookies.
Do not sell my personal information.
Cookie settingsACCEPT
Privacy & Cookies Policy

This website uses cookies to improve your experience while you navigate through the website. Out of these cookies, the cookies that are categorized as necessary are stored on your browser as they are essential for the working of basic functionalities of the website. We also use third-party cookies that help us analyze and understand how you use this website. These cookies will be stored in your browser only with your consent. You also have the option to opt-out of these cookies. But opting out of some of these cookies may have an effect on your browsing experience.
Necessary Always Enabled
Necessary cookies are absolutely essential for the website to function properly. This category only includes cookies that ensures basic functionalities and security features of the website. These cookies do not store any personal information.
Functional
Functional cookies help to perform certain functionalities like sharing the content of the website on social media platforms, collect feedbacks, and other third-party features.
Performance
Performance cookies are used to understand and analyze the key performance indexes of the website which helps in delivering a better user experience for the visitors.
Analytics
Analytical cookies are used to understand how visitors interact with the website. These cookies help provide information on metrics the number of visitors, bounce rate, traffic source, etc.
Advertisement
Advertisement cookies are used to provide visitors with relevant ads and marketing campaigns. These cookies track visitors across websites and collect information to provide customized ads.
Others
Other uncategorized cookies are those that are being analyzed and have not been classified into a category as yet.
SAVE & ACCEPT